Breast cancer is more commonly associated with women than with men, affecting approximately one in eight women in their lifetimes.

However, men can still be diagnosed with breast cancer, albeit in far rarer circumstances.

While boys do not develop breasts like girls do during puberty, they still have a small amount of breast tissue behind the nipples where breast cancer can develop, Macmillan Cancer Support explains.

“This is made up of a few tiny tubes (ducts) surrounded by fatty tissue, connective tissue, blood vessels and lymphatic vessels.”

Researchers at the Mayo Clinic in Florida have recently announced that they are developing a new anti-cancer vaccine that they believe will prevent an aggressive form of breast cancer from recurring, with the hope of benefitting scores of women and men affected by the disease in future.

So how common is it for a man to be diagnosed with breast cancer, what are the signs that men should look out for and how can it be treated? Here’s everything you need to know.

How common is male breast cancer?

Around 390 men are diagnosed with breast cancer every year in the UK in comparison to 54,800 women, according to Cancer Research UK.

Men who are between the ages of 60 and 70 are more likely to be diagnosed with the disease.

Furthermore, men who have particularly high oestrogen levels also have more risk of developing the cancer.

As with women, if a man has family members who have had breast cancer in the past, then his chances of also developing the cancer will increase.

“Around three in 100 breast cancers diagnosed in women are thought to be due directly to an inherited faulty gene (around three per cent). In men this might be more common,” Cancer Research UK explains.

“Doctors think that between 10 and 20 out of every 100 breast cancers diagnosed in men are due to inherited faulty genes (10 to 20 per cent).”

What are the symptoms?

The most common symptom for breast cancer that men need to look out for is a lump in the breast tissue that can be felt close to the nipple.

Lumps that require medical assessment may also be found further away from the nipple.

Additional signs of breast cancer can include symptoms such as liquid discharge being emitted from the nipple; a nipple that’s inverted or feels sensitive; swelling in the chest area; ulcers in the chest or nipple area; or lymph nodes in the armpit area, as outlined by Breast Cancer Care.

The charity recommends visiting your GP as soon as you notice any changes to your breast area that could correspond to the aforementioned symptoms.

How can a man check for breast cancer symptoms?

His Breast Cancer, an organisation that raises awareness about male breast cancer, explains how men can carry out a self-breast exam.

First, stand topless in front of a mirror, placing your arms on your hips.

Look closely at your chest area, noting any changes to your nipples such as swelling or inversion.

Then, raise your arms above your head and inspect the areas around your chest and your armpits.

The next step is to feel your chest for any potential lumps, which can be done by moving your fingertips in a circular motion around the breast area.

“You can perform this in either an up and down method, a circular or a wedge pattern, but try to be consistent using the same method each time,” His Breast Cancer states.

“In addition, check the nipple area for any discharge. Complete on both breasts.”

You can also inspect the chest area by lying down, placing a pillow under your right shoulder and placing your right arm over your head.

Using the fingertips on your left hand, press down on the chest and armpit areas, before repeating the process on the other side. 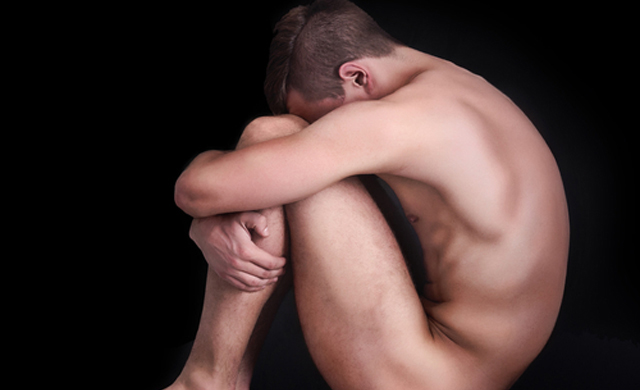 How can it be treated?

The majority of men diagnosed with breast cancer may have to undergo a mastectomy, explains Breast Health UK.

This procedure would then be followed by radiotherapy treatment targeted at the chest area in order to kill any remaining cancer cells.

It can take between four to six weeks to recover from a mastectomy, as outlined by the NHS, with the operation lasting approximately 90 minutes.

A person who’s had a mastectomy may decide to have a breast reconstruction procedure afterwards, in order to replace any tissue that’s been removed.

A man who’s undergone a mastectomy may have to have chemotherapy and hormone therapy afterwards.

This can depend on a number of factors, such as the size of the breast cancer tumour and whether or not the cancerous cells have spread.

“As with female breast cancer, if the cancer is caught in the early stages, a cure may be possible,” Breast Health UK states.

“This is why early detection is important as once the cancer becomes more advanced, the prognosis and survival will be worse and long-term cure may not be possible.”