A tiny implant that kills cancer cells with light could transform the treatment of certain hard-to-reach tumours.

Not much bigger than a postage stamp, it uses a ‘marine glue’ — which mussels produce to help them clamp on to wet rocks — to stick to tissue near the tumour.

Once in place and switched on, it emits light that activates a drug primed to attack and destroy cancer cells.

Treatment with light-activated drugs (known as photodynamic therapy) is already used in some NHS hospitals to treat cancer of the skin, lung and oesophagus. 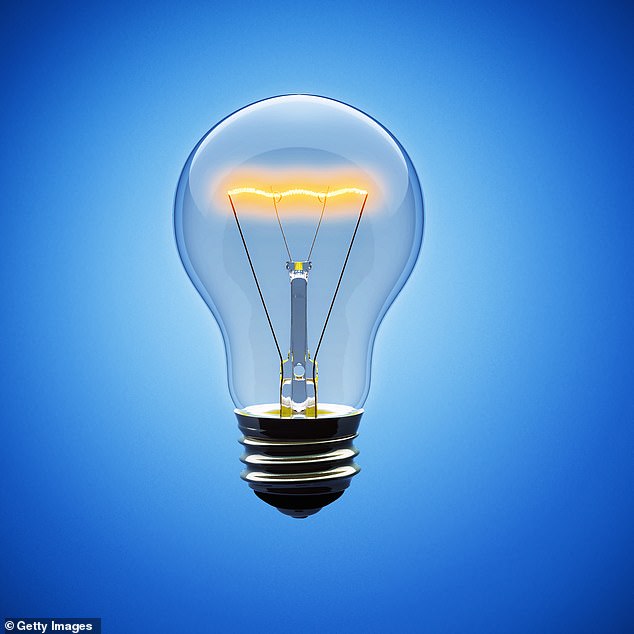 Brilliant! The new implant, developed by scientists at Waseda University in Tokyo, Japan, is essentially a plastic box packed with dozens of tiny light bulbs

A light-sensitive drug is swallowed or injected and then circulates via the bloodstream until it is absorbed by cells throughout the body — including cancerous ones.

Crucially, the medicine is harmless until it is exposed to light. But the moment light hits it, it makes toxins that poison and kill cancer cells.

Photodynamic therapy works well for certain skin cancers, which can be easily targeted with an external light source.

Meanwhile, tumours of the lung or oesophagus can be reached by inserting a fine probe with a laser on the end through the mouth and down into the chest.

However, many other cancers, such as those of the kidneys, liver and pancreas, are too deep inside the body to be zapped by an external laser or reached by a probe.

The new implant, developed by scientists at Waseda University in Tokyo, Japan, could offer a solution. It is essentially a plastic box packed with dozens of tiny light bulbs. The implant’s surface is coated with chemical proteins called polydopamines — the substances mussels use to stick to wet rocks in the sea.

This ‘glue’ allows it to be stuck to any organ or tissue, simply by making a small incision close to the tumour site and placing it under the skin. 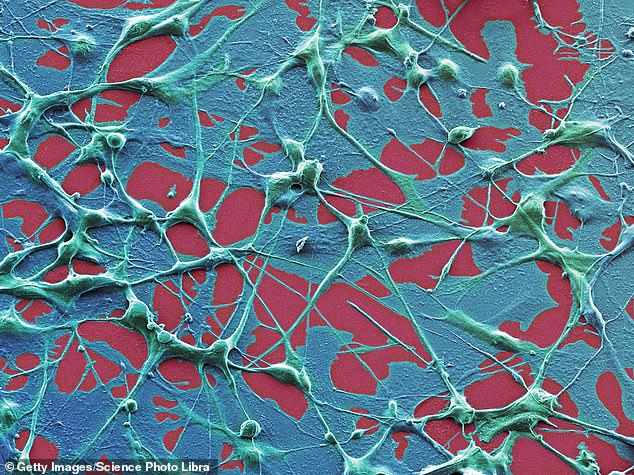 Fact: Melanoma is the most dangerous form of skin cancer. It happens after the DNA in skin cells is damaged (typically due to harmful UV rays) and then not repaired so it triggers mutations that can form malignant tumors

The tiny bulbs produce enough light to activate the cancer medicine when they are switched on by remote control.

In tests conducted on mice, scientists placed the new device next to tumours in internal organs and injected light-sensitive drugs.

A few hours later, they switched on the implant and its lights, then left it in place for ten days.

The mice’s tumours shrank significantly and some were completely eliminated, reports the journal Nature Biomedical Engineering. The team hope to carry out human trials in the next couple of years, which could pave the way for the implant being available soon afterwards.

Dr Ernest Allan, a cancer specialist at The Christie NHS Foundation Trust in Manchester, said the implant could help cancer treatment, but warned that it might work only on relatively thin tumours situated on the surface of organs and tissues such as the liver or kidney.

‘That’s because the light used in photodynamic therapy penetrates tissue only to a depth of around half a centimetre,’ he explains.

‘So it’s unlikely to work well on thicker tumours.’

WHAT IS MELANOMA AND HOW CAN YOU PREVENT IT?

Melanoma is the most dangerous form of skin cancer. It happens after the DNA in skin cells is damaged (typically due to harmful UV rays) and then not repaired so it triggers mutations that can form malignant tumors.

The American Cancer Society estimates that more than 91,000 people will be diagnosed with melanoma in the US in 2018 and more than 9,000 are expected to die from it.

Around 15,900 new cases occur every year in the UK, with 2,285 Britons dying from the disease in 2016, according to Cancer Research UK statistics.

Sun exposure: UV and UVB rays from the sun and tanning beds are harmful to the skin
Moles: The more moles you have, the greater the risk for getting melanoma
Skin type: Fairer skin has a higher risk for getting melanoma
Hair color: Red heads are more at risk than others
Personal history: If you’ve had melanoma once, then you are more likely to get it again
Family history: If previous relatives have been diagnosed, then that increases your risk
Treatment

Skin grafting:
The patient can decide to use a skin graft if the surgery has left behind discoloration or an indent.

Immunotherapy, radiation treatment or chemotherapy:
This is needed if the cancer reaches stage III or IV. That means that the cancerous cells have spread to the lymph nodes or other organs in the body.