Skip to content
Brain scans may be able to tell who is at risk of suicide by identifying high levels of a certain kind of cell associated with disordered thinking, a new study suggests. Some 13 million Americans suffer PTSD. Another 16 struggle with depression. But not everyone with one of the disorders has the other, and not everyone with either will become suicidal. A clearer-cut test for PTSD and suicide risks could help to save the lives of an average 12 9 people that die by suicide every day. 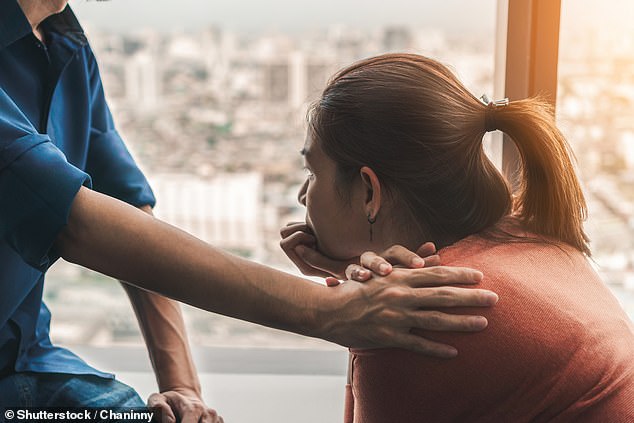 People with PTSD have high rates of suicidal thoughts – and distinct activity in five regions of their brain if they’re at risk of killing themselves, a new study reveals Post traumatic stress disorder (PTSD) symptoms may be incomparably vivid to the person experiencing them, but the debilitating disorder may go unseen by doctors, family and friends. Rates of suicide, suicide attempts and suicide ideation are far higher among those with PTSD than in the general population. It isn’t a stretch of the imagination to understand why inescapably reliving the worst moments of one’s life might drive someone to consider suicide. But without knowing what is happening differently in the brains of those who become suicidal – compared to those who have PTSD but do not become suicidal – it’s difficult for doctors to diagnose and treat. Current screening methodology is largely subjective, relying on what a patient will tell their medical professional and that professional’s interpretation of that information. Psychiatry and psychology researchers and clinicians have long wanted to find better markers for suicidality in order to catch at-risk people earlier and to develop drugs that target the brain activities that make someone no longer want to live. Researchers at Yale University may have found just such a neurological indicator. The team used PET scans to look at the brain structures and activities of 29 people with PTSD, 29 with depression and 29 with either disorder. They found a clear distinction between the brains of those with PTSD and those without the disorder. People who had PTSD or depression also had far more activity involoving the nneurotransmitter metabotropic glutamate receptor 5 (mGluR5) – in not just one but five regions of their brains. And those that had PTSD and reported suicidal thoughts or attempts had the highest activity of this receptor. It’s not the first time that mGluR5 has been linked to mental health concerns. Prior research in mice has shown that if the gene mGluR5 is masked, the animals will longer crave cocaine (although doing so does not get rid of behavioral signs of addiction). The neurotransmitter is thought to be involved in our capacity for emotional learning as well as overall neuroplasticity – a measure of how able the brain is to form new and different synaptic connections. When the transmitter’s activities are out of whack, it may play a role in the development of psychiatric disorders. In the PET scans, a broad swath of green lights up in the brain of someone who has both PTSD and suicidal thoughts, showing where mGluR5 was active and moderating neuroplasticity in five areas. In a healthy control’s brain scan, the green indicating mGluR5 activity winds through the outer regions of the brain, appearing much more scarcely. All of this – coupled with their prior research – suggested to the study authors that mGluR5 be further looked at as a possible target for drugs that could suppress its activity back down to more normal levels and perhaps quiet suicidal thoughts. WHAT IS PTSD? Post-traumatic stress disorder (PTSD) is an anxiety disorder caused by very stressful, frightening or distressing events. Someone with PTSD often relives the traumatic event through nightmares and flashbacks, and may experience feelings of isolation, irritability and guilt. They may also have problems sleeping, such as insomnia, and find concentrating difficult. These symptoms are often severe and persistent enough to have a significant impact on the person’s day-to-day life. PTSD can develop immediately after someone experiences a disturbing event or it can occur weeks, months or even years later. Source: NHS Source: Dailymail.
Tags: depression, health, mental health, PET scan, PTSD

Access to medical cannabis in UK set to improve