The earliest evidence of cannabis being used to get people high has been uncovered by scientists in western China dating back 2,500 years.

The first drug den is a mountain tomb associated with the Zoroastrian religion.

Traces of burnt seeds found in wooden braziers at a mountain burial site have been analysed and revealed to be cannabis – with high levels of THC, the compound that produces the drug’s feelings of euphoria.

As the seeds were found in wooden braziers, scientists believe the cannabis was being used for ritual and religious activity. 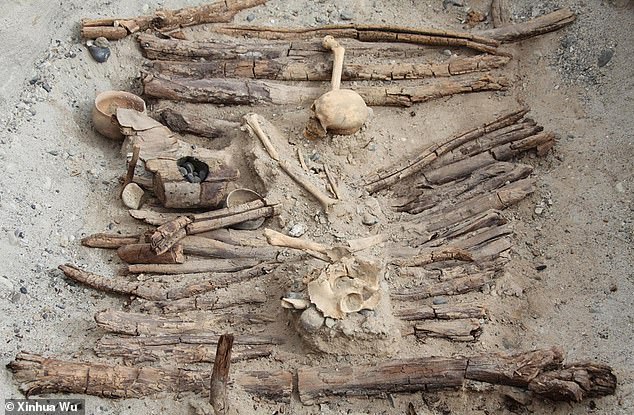 Researchers found a brazier with burnt seeds that were tested and found to include high traces of THC. It is thought that people smoked the drug to connect with gods or ancestors

And because the cannabis was burnt in an enclosed space – inside a tomb of elite members of the community – it is thought it was ‘wicked weed’ used by mourners to get high, according to reports on the discovery in the journal Science Advances.

Cannabis plants – also known as hemp – have been used to make paper, rope, cloth and oil for around 4,000 years.

There have even been claims cannabis was burnt for drug effects 5,000 years ago. But these older traces had signs of low THC content.

So it cannot be certain that they were used by people to get high.

But the finding in China is the earliest yet-discovered sign the plant was being used as a recreational drug.

Archaeologists found ten wooden braziers containing stones with obvious traces of burning in eight tombs at the Jirzankal Cemetery in the Pamirs mountains of, western China.

The tomb site dates back to 500 BC. Written records show that around this time, civilisations were taking advantage of the mind-altering effects of cannabis – but this is the first concrete proof of its use.

In 440BC, the Greek historian Herodotus wrote that the nomadic Scythians, who controlled vast areas from Siberia to Eastern Europe, made tents and heated rocks in order to inhale hemp vapours that made them ‘shout for joy’.

The researchers, from Germany’s Max Planck Institute are engaged in a wider project to trace how the cannabis plant, which grows wild in Central Asia, spread along the Silk Road and became a common recreational drug.

The Silk Road is better known as being the route that took spices, grains, crops and food from the East to the west, not to mention silk. 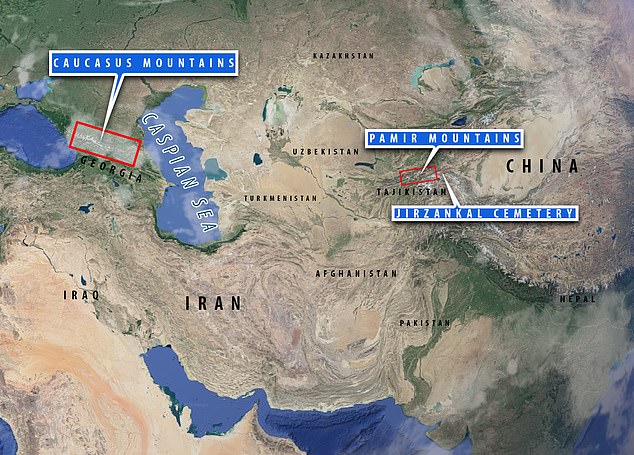 Archaeologists found ten wooden braziers containing stones with obvious traces of burning in eight tombs at the Jirzankal Cemetery in the Pamirs mountains of western China. Previously, scientists spotted ancient use of marijuana in the Caucasus mountains, west of the Pamirs 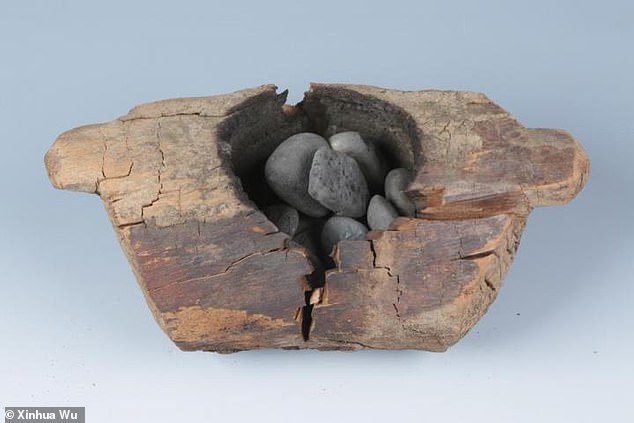 Pictured is a wooden ‘brazier,’ or pan, holding stones that was used to burn cannabis. A new study has found traces of cannabis, suggesting they were used in rituals 2,500 years ago

Academic Robert Spengler, of the Max Planck Institute speaking of the discovery said: ‘Recent studies have shown that apples, pistachios, walnuts are among the crops that actually originated on these trade routes through Central Asia, and I think with this new study we can now actually place Cannabis in that list as well as being one of these crops that originates on these ancient trade routes.’

In an attempt to confirm that the low-THC cannabis plants that grow wild were not useful for ‘pot smoking’, indicating the high THC varieties must have been deliberately cultivated, scientists carried out further research.

One unnamed academic cited in Science Advances, attempted to smoke and eat varieties of cannabis growing wild in the region, which have low THC content, and he ‘got no buzz’, the journal said.

Scientists suspected the braziers had a ritual function, so extracted organic material from the wooden fragments and scorched stones.

They used a technique called mass spectrometry to analyse the traces.

To their surprise an exact match was found to the chemical signature of cannabis was found. 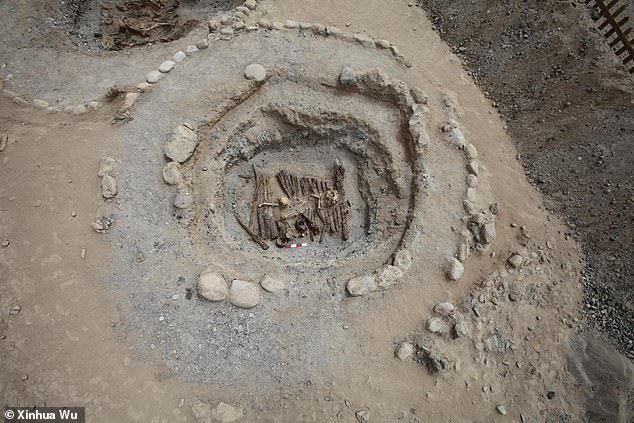 Pictured is the site of tomb M12, where the brazier was discovered. The tomb site dates back to 500 BC, when civilizations started to take advantage of the plant’s mind-altering effects 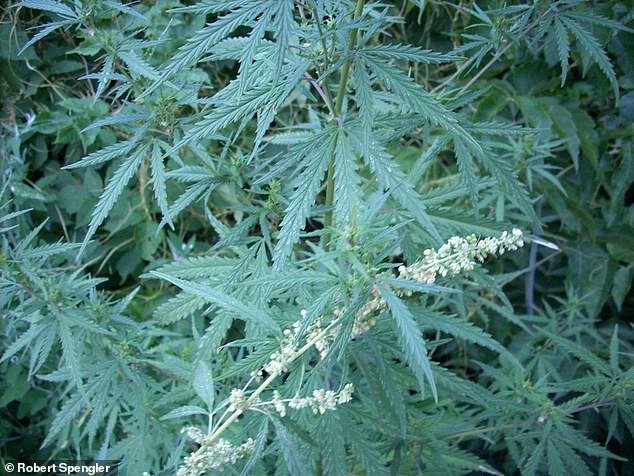 Traces of burnt seeds found in braziers at a burial site have been analysed and revealed to be cannabis – with high levels of THC, the compound that produces feelings of euphoria

WHAT DID THEY FIND?

Researchers found a wooden brazier with burnt seeds that were tested and found to include high traces of THC.

The brazier was found in an ancient mountain tomb, believed to date back to 500 BC.

It was around this time that humans first started to experiment with marijuana’s mind-altering effects.

With the scientists’ discovery, it marks the first known use of the drug marijuana by humans anywhere in the world.

Researchers believe the drug was smoked during burial ceremonies, potentially as a way to communicate with gods or ancestors.

Did women use cannabis as medicine in ancient Egypt?

Take back control: 8 practical ways to manage your migraines

Australian farmers are now legally able to grow cannabis crops to be used for food, soaps, lotions and even shampoo