For more than 20 years, Katie Hughes puzzled over the cause of her relentless barrage of crippling symptoms.

Heart palpitations, sudden weight gain, nausea and depression dogged her life from her late teens to her early 40s.

The mystery illness even made her hair fall out. Along the way, doctors blamed her lingering health issues on everything from her four pregnancies to Katie ‘making a fuss’.

So when the 49-year-old freelance writer from Cornwall was finally told that all her problems were caused by a fault in a tiny pea-sized bit of tissue deep inside her skull – called the pituitary gland – she was overwhelmed with relief. 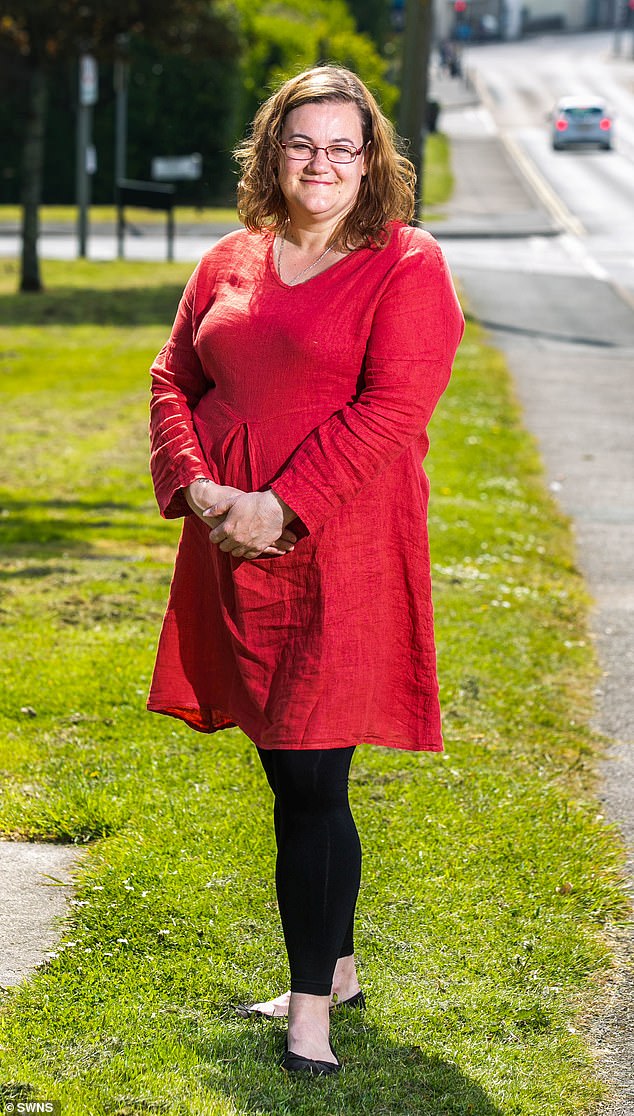 Freelance writer Katie Hughes, 49, puzzled over the cause of her relentless barrage of crippling symptoms such as heart palpitations, sudden weight gain, nausea, and depression. Doctors told her the issued were caused by a fault in deep inside her skull – the pituitary gland

Katie says: ‘Tears were pouring down my face and one thought ran through my brain: I finally know what’s wrong with me.’

And this malfunction, it turns out, may not have occurred randomly.

It could, doctors suspect, be linked to an innocuous bump to the head in childhood that at the time both she and her parents deemed insignificant.

The pituitary, shaped like a kidney bean, regulates the supply of vital hormones that help to keep the body functioning properly.

If it is damaged or malfunctions, it can trigger chemical imbalances that can lead to everything from chronic fatigue and unplanned weight loss to premature ageing and loss of libido or infertility.

This can have devastating consequences, as the pituitary gland not only manages the release of the hormone testosterone – vital for healthy muscles, bones, heart and libido – but also controls the release of other essential hormones, such as cortisol, which controls alertness.

The condition, known as hypopituitarism, has gone largely unrecognised for decades, with doctors blaming symptoms on a range of other factors.

But thanks in part to the extraordinary efforts of one woman – Oxford graduate and former teacher Joanna Lane – the number of people getting a proper diagnosis of hypopituitarism, and the treatment they need to overcome it, has soared.

In 2007 there were 6,243 patients in the UK diagnosed with hypopituitarism.

By the end of 2018, the number topped 18,000 – an increase experts attribute to greater awareness of the problem among doctors, rather than to a significant increase in cases.

Joanna, 71, from Surrey, lost her only son Christopher, aged 31, in 2008 when, depressed and unable to endure the agony and embarrassment of impotence, he ended his life.

As first reported in The Mail on Sunday, it was only after Christopher’s death that his mother joined up the dots and realised that her son’s depression and low testosterone could have been caused by a childhood head injury – she recalled he fell out of a tree aged seven. 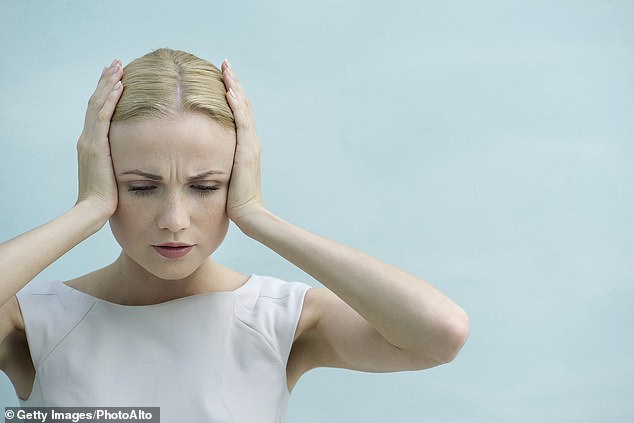 The pituitary, shaped like a kidney bean, regulates the supply of vital hormones that help to keep the body functioning properly. If it is damaged or malfunctions, it can trigger chemical imbalances that can lead to chronic fatigue, unplanned weight loss or infertility (Stock image)

The consequent pituitary damage even had a name: post traumatic hypopituitarism.

Joanna – author of Mother Of A Suicide, a 2016 book telling Christopher’s story – began lobbying health chiefs to convince GPs to test for the condition in patients with symptoms such as fatigue, depression and erectile dysfunction, especially if they had suffered a blow to the head.

Hospitals were also targeted to issue all patients treated for a traumatic brain injury with a leaflet warning of hypopituitarism, while soldiers and footballers – both groups at grave risk of head injury – are now routinely tested for it, partly due to Joanna’s lobbying.

Tragically, she pieced together the evidence for the illness only after her son’s death. Letters from his ex-girlfriend revealed they had not had sex at all during their four-year-relationship, due to his impotence.

He also suffered depression during his A-levels and once expressed suicidal thoughts after suddenly quitting his job and driving hundreds of miles from Surrey to Edinburgh, for no obvious reason.

Once Joanna linked this behaviour with his childhood head injury, everything fell into place.

Consultant neurologist Professor Mike Barnes, director of the Christchurch Group for Neurological Rehabilitation in Northampton, says: ‘Because of Joanna’s campaign, GPs are now doing blood tests, which measure levels of a wide range of hormones.

‘We know about 40 per cent of all brain injury patients experience problems afterwards with their pituitary gland. Greater awareness of this, and of the tests that can diagnose it, will make a difference to thousands of lives.’

It’s not known how many cases of hypopituitarism are linked to head injury, as the NHS does not collect the figures.

But a major 2014 study in Germany found 40 per cent of men who suffered a traumatic brain injury suffered an immediate and sustained drop in levels of testosterone, which can sap libido and severely affect mood.

And in 2016, Cambridge University scientists studied 105 head injury patients and found one in five suffered abnormalities involving the pituitary gland as a result.

Hypopituitarism, has gone largely unrecognised for decades, with doctors blaming symptoms on a range of other factors. In 2007 there were 6,243 patients in the UK diagnosed with the condition (Stock image)

Treatment involves hormone replacement therapy for life and, as Katie’s case showed, it isn’t just men who are affected. She still struggles to recall the specific impact that caused her damage.

There was a minor bump as a child, when she fell off a space hopper toy and hit the front of her head on a radiator.

But she has also been warned she may have a benign tumour on her pituitary gland, which can have a similar effect.

Her symptoms began in her teens, when she would come home from school and have to go straight to bed for two hours, such was her exhaustion.

The mother-of- four recalls: ‘I was feeling dizzy, having palpitations, gaining weight, feeling nauseous, exhausted, depressed and anxious. And my hair was falling out.’

She saw a psychiatrist and was given antidepressants. One GP said medication would ‘stop her making such a fuss’.

‘I remember seeing the word ‘hypopituitarism’ in the results,’ she says. ‘At last, there was an answer.

She finally got her official diagnosis at 42. In her case, hypopituitarism has caused a build-up of fat around the waist, reduced muscle mass, thinning bones and a surge in ‘bad cholesterol’ in the bloodstream, putting her heart at risk.

However, Katie says: ‘All my weird and wonderful symptoms can now be united under a common cause – my malfunctioning pituitary gland. My quality of life is not wonderful but with growth hormone injections and replacement thyroid hormone treatment it is far better than it used to be.’

Take back control: 8 practical ways to manage your migraines