A new survey of cannabis users found most of them are very active – flouting the stereotype of sedentary stoners.

In fact, researchers found 80 percent of the people they interviewed use the drug around the time they work out, smoking or or ingesting marijuana one hour before or within four hours after they exercise.

Many said that using pot made their workouts more enjoyable, improved their post-workout recovery and helped motivate them to be active.

The team, from the University of Colorado Boulder says this is the first study to look at the effects marijuana has on exercise habits and could help break the stereotype of stoners as being laid-back, lazy and inactive. 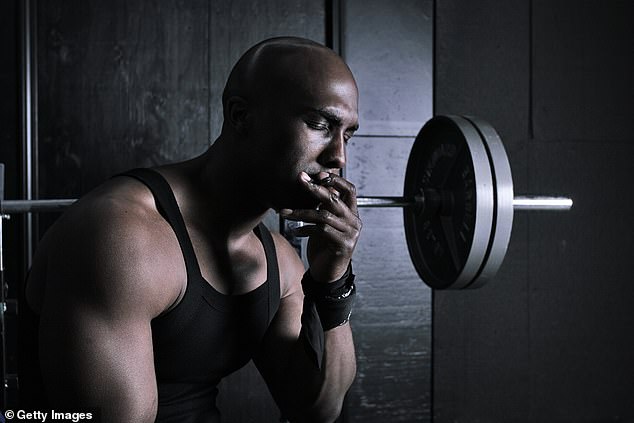 For the study, published in Frontiers in Public Health, the team surveyed 600 adults pot users who live in states where legal and recreational marijuana is illegal.

The states included California, Colorado, Nevada, Oregon and Washington, and the participants were asked questions about cannabis and exercise.

Questions included when the adults used the drug, if they believed it impacted their workouts and whether they thought it motivated them.

A shockingly high 82 percent of the adults said they used marijuana within an hour before working out and within four hours after their workout ended.

‘There is a stereotype that cannabis use leads people to be lazy and couch-locked and not physically active, but these data suggest that this is not the case,’ said senior author Dr Angela Bryan, a professor of psychology and neuroscience at the University of Colorado Boulder.

Approximately 70 percent of the adults said that pot made their workouts more enjoyable and around 80 percent said they feel it improved their recovery post-workout.

Around 50 percent said the drug motivated them to be physically active, but only a little more than 30 percent said it improved their performance during workouts.

Dr Bryan says that, despite the findings, she does not recommend cannabis as a supplement to exercise.

‘The evidence is not there yet, but I am also not convinced it is harmful,’ she said.

Researchers say they believe that, because cannabis is anti-inflammatory, it could reduce pain, which could – in turn – speed recovery.

‘There is evidence to suggest that certain cannabinoids dampen pain perception, and we also know that the receptors cannabis binds to in the brain are very similar to the receptors that are activated naturally during the runners high,’ said co-author Arielle Gillman, a former doctoral student.

‘Theoretically, you could imagine that if it could dampen pain and induce an artificial runner’s high, it could keep people motivated.’

For future research, the team wants to look at how active older adults who use cannabis are compared to those who are not.

‘As we get older, exercise starts to hurt, and that is one reason older adults don’t exercise as much,’ Dr Bryan said.

‘If cannabis could ease pain and inflammation, helping older adults to be more active that could be another benefit.’