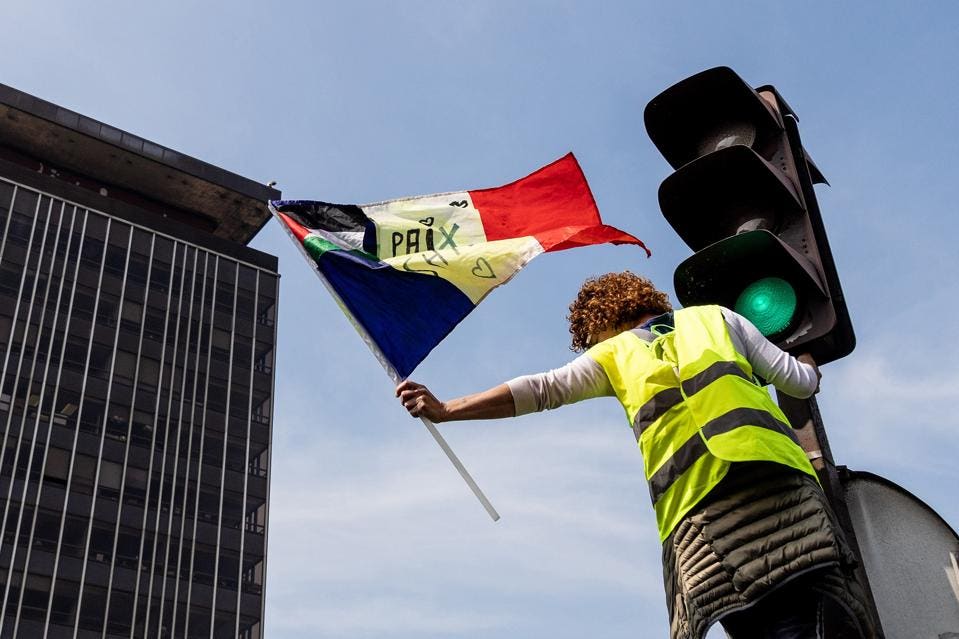 On Thursday, June 20, the conseil d’analyse économique, (Economic Analysis Board), an organization that reports directly to the Prime Minister of France, published a report on the subject of legalization of cannabis trade and consumption in France. The report puts forward several compelling arguments in favor of marijuana legalization.

Why Legalize in France?

Legalizing cannabis would be beneficial to the state’s coffers based on projections or estimates of income accruing in Uruguay and in the American states that allow the adult use of cannabis. The authors of the report claim if legalization and the creation of a genuine cannabis sector occur in France, including state-controlled cultivation and marketing, earning up to 2.8 billion euros of annual tax revenue is possible. One gram of cannabis would be sold approximately 9 euros, according to simulation.Additionally, a cannabis sector could represent up to 80,000 new job opportunities.

One of the report’s recommendations is to establish a public monopoly on the production and distribution of adult use cannabis and to establish an independent administrative authority to manage it. In short: the state would grant licenses to producers and sellers who would sell only marijuana, as is the case in France with tobacco shops.

“The creation of the cannabis sector represents a growing economic challenge. Beyond therapeutic cannabis and other economic actors are very interested in this product. Whether in the pharmaceutical, cosmetic, tobacco, or beverages sector (alcoholic and non-alcoholic), many companies invest in cannabis. Several countries, such as Canada or Israel, encourage the development of this sector as well as research on cannabis. In contrast, France is currently at a standstill in both areas and is accumulating delays in two fronts. It is all the more regrettable that our country is one of the largest producers of hemp in the world, with 16,400 hectares in 2016,” states the report.

The other spectacular effect of legalization according to this report: An economy for the state that could reach 919 million euros per year. The economic incentive correlates to what the authors describe as the “social cost” of cannabis. One calendar year consists of 8,760 hours. French law enforcement spends over one million annual hours of labor combatting cannabis.

Police find themselves assigned to the perpetual task of combatting cannabis crimes, to the detriment of other law enforcement initiatives and mandates. The report also describes the number of arrests for cannabis consumption in France between 1970 and today has increased 50 fold. However, the massive increase in arrests has not served as a deterrent to the uptick in marijuana use.

France’s reputation and economy are taking a beating by the “yellow vests,” movement; a populist, grassroots revolutionary political movement for economic justice that began last October. The initial protests, named after motorists’ highly visible, mandatory yellow jackets, were over fuel tax increases. The demonstrations evolved into a sometimes violent revolt against politicians and a government considered out of touch with the blue-collar economic realities of life in France. The protests caused fifteen civilian fatalities and 4,000 injuries to date. Tourism is declining due to the ongoing conflict.

Based on field surveys, the authors of the Cannabis: How to Regain Control report approximate that 200,000 people are now working full or part-time for cannabis dealers in France, particularly in sensitive, economically depressed neighborhoods. Among these workers, many of the jobs are on the lower end of the illicit pot dealing hierarchy, including cutters, and lookouts, who barely earn more than the “salaire minimum interprofessional de croissance” (SMIC) or guaranteed minimum wage.

Hence the report recommends that the government should normalize these illicit jobs and allocate part of the tax revenue generated by legalization to improving the infrastructure and education in these low-income neighborhoods.

These findings are consistent with the objectives of U.S. legalization advocates, who insist that a portion of legalized marijuana tax revenue should be reinvested into communities that have been harmfully impacted or even decimated by the war on drugs.