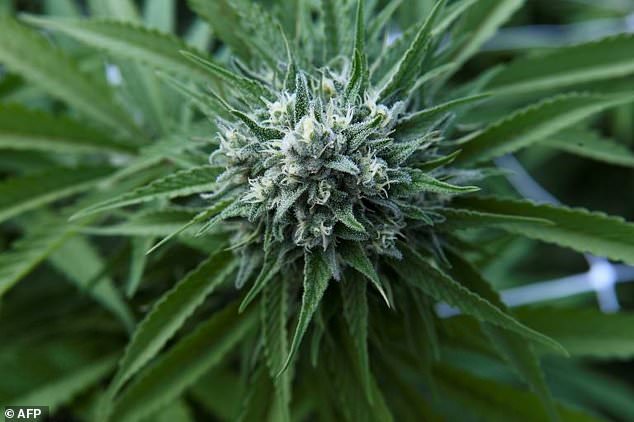 The legal status of marijuana has shifted significantly over the past two decades: 10 states and Washington, DC now allow its recreational use (Illinois will follow in January), while 34 states and the federal capital permit medical cannabis treatment

States that legalize recreational marijuana see a reduction of at least 20 percent in fatalities linked to opioid overdoses, according to a study published Wednesday that is likely to be welcomed by the cannabis industry.

Opioids were responsible for 47,600 overdose deaths in the US in 2017, according to the Centers for Disease Control and Prevention, and the crisis was declared a national emergency by President Donald Trump the same year.

The legal status of marijuana meanwhile has shifted significantly over the past two decades: 10 states and Washington, DC now allow its recreational use and Illinois will follow in January, while 34 states and the federal capital permit medical cannabis treatment.

By comparing rates of overdose deaths before and after legalization, and between states at various points of legalization, the authors of the new paper published in the journal Economic Inquiry found what they called a “causal effect that we identify is highly robust” in opioid mortality reduction.

Their econometric analysis places the reduction in the range of 20 to 35 percent, with the effect particularly pronounced for deaths caused by synthetic opioids like fentanyl, the United States’ deadliest drug, according to the latest official data.

“As you know, the opioid epidemic has been surging in recent years,” lead author Nathan Chan, an economist at the University of Massachusetts Amherst, told AFP.

“So what that means is that everyone’s affected, it’s just that these states that have legalized are not as adversely affected as those that haven’t.”

The act of legalizing itself is not what produces the gains — rather, states that have legal access via dispensaries saw the largest reductions in mortality, Chan and his colleagues Jesse Burkhardt and Matthew Flyr at Colorado State University, wrote.

The study did not look at what factors were at play, but Chan suggested it could be that a growing number of people are self-medicating and “dealing with pain through marijuana use, and therefore they’re less likely to take on addictive opioids.”

The findings are likely to be welcomed by the nascent legal marijuana industry but also treated with some degree of caution before they are replicated in other studies.

Some previous work on the topic has even found the opposite result: that cannabis use increases, rather than decreases non-medical prescription opioid use.

Chan, however, said that these papers, predominantly authored by doctors and not by economists, had failed to adequately differentiate between a positive correlation and causation, an important distinction to uncover given that certain drug users gravitate toward multiple drugs.

Moving forward, Chan said he would like to work on pinpointing the mechanism by which the gains were achieved and test out his substitution theory.

An alternative hypothesis is that marijuana legalization improves a state’s economic activity and produces other effects on crime, incarceration, employment, and long-term health, all of which may be linked to opioid overdoses.

Medicinal cannabis will be given to 20,000 British patients in first major trial of drug’s impact – a year after it was made legal on the NHS