A sick dog days from possible death has become the first to have its life saved with cannabis oil, claims owner.

Beloved pooch Milo down had been given just days to live after he was diagnosed with pancreatitis leaving him in crippling pain.

Owner Vicky Horton, 31, from Torquay, Devon, was told to prepare for the worst as conventional treatment was not working.

But after a friend suggested giving him some drops of CBD oil his prognosis turned around – within just 48 hours, claims Miss Horton. 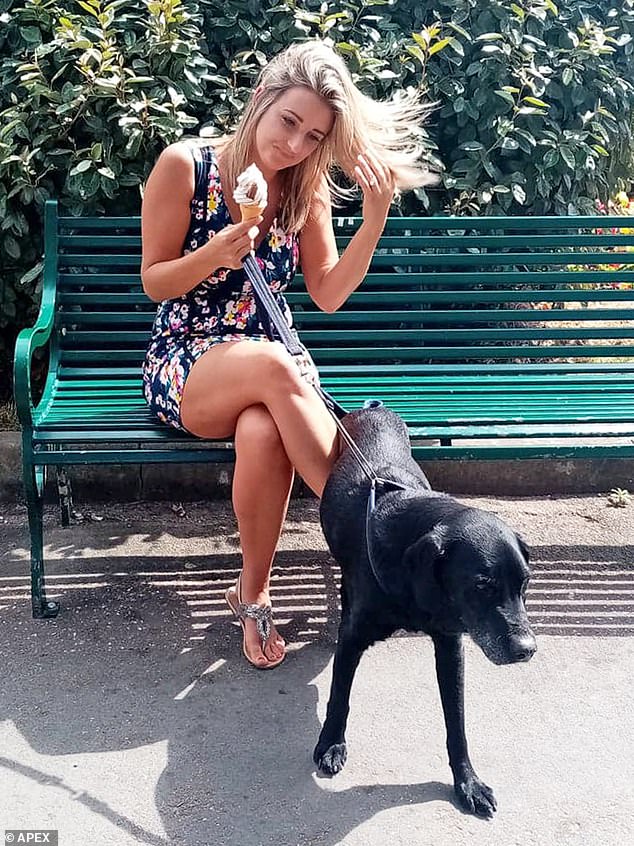 Vicky Horton, from Torquay, Devon, had almost given up hope of saving her Labrador springer cross Milo after he was diagnosed with pancreatitis

Milo is still on the CBD oil and recently celebrated his 15th birthday and able to enjoy his twilight years.

Vicky, who has had Milo since she was 16, said: ‘Milo was taken seriously ill on the Monday with pancreatitis.

‘It is a very serious condition in dogs, especially older dogs. He spent two nights at the vets on a drip, and we were told to prepare ourselves for the worst.

‘Milo didn’t cope well at the vets and kept pulling his drip out. He was also very confused and unsettled due to the drugs he was on, so they decided to discharge him on Thursday evening as they thought he would be better off at home.

‘When we collected Milo I’m sure he didn’t even recognise us. He was weeing himself constantly, his back legs had given way, he was disorientated and he hadn’t eaten since Sunday.

‘The vet said again on discharge that we should prepare ourselves for the worst.

‘We came home and slept in the lounge with Milo, feeding him water through a syringe and trying to tempt him with food, but he wasn’t interested.

‘Trying to get the painkillers down him was a battle and the Tramadol made him foam at the mouth as it tasted so horrible.

‘We visited the vets on Friday to top up Milo’s injection painkillers and antibiotic, and visited again on Saturday to do the same.

‘By the Saturday we had nursed Milo non-stop for 48 hours and he hadn’t improved.

He had lost 4kg in weight and we believed we were being cruel by keeping him alive.

‘That evening we had decided we couldn’t put him through any more suffering as he wasn’t improving, so would need to think about making that heartbreaking decision.’

It was then Vicky’s husband remembered some friends used CBD oil to treat their dogs and was recommended to go to the CBD Lab. 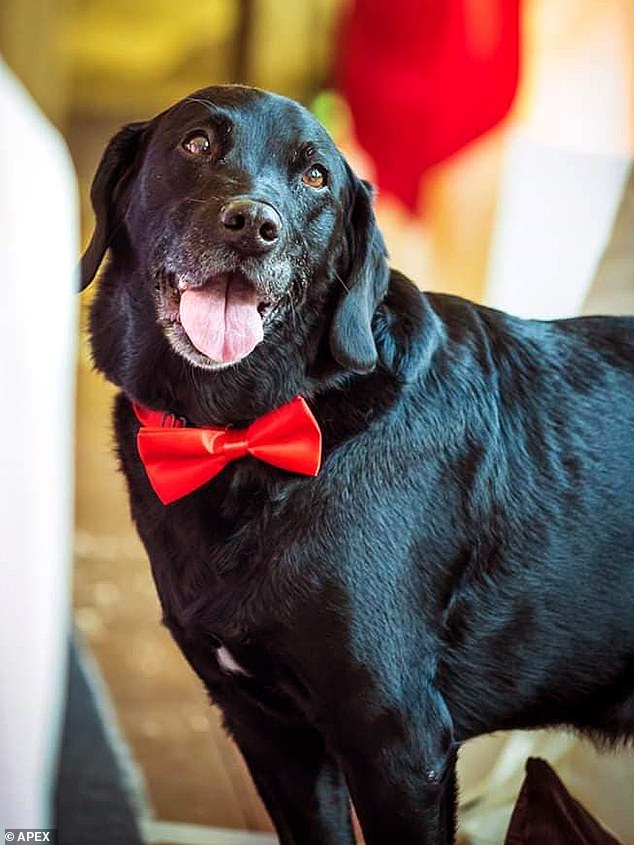 Around 6pm that evening they gave Milo eight drops of CBD oil.

Within three hours he had his first proper wee in three days. By 11pm he was asleep and resting for the first time in four days.

By 6am the following morning he was eating a plate of chicken, which was the first food he had eaten for six days.

Vicky said: ‘As the hours passed by he improved; he was eating, drinking and weeing more. We gave him five drops of oil every six hours and he has shown no sign of pain since.

‘Finally we stopped all prescribed painkillers as they were making Milo so confused and distressed. It only took 48 hours to turn the whole situation around.

‘If you look at Milo today running around the block, scoffing plates of chicken and wagging his tail it’s really surreal to think that we almost made a decision to end his life.

‘It’s completely unbelievable how a few drops of oil can make such a difference to an animal’s life.’

Up until September last year, CBD shops were able to supply pet owners with products to make their pets lives a little easier.

However, the Veterinary Medicines Directorate then issued a statement saying that veterinary products containing (CBD) are veterinary medicines and should be regulated which has halted the trade.

Jess Dale, co-owner of the CBD Lab, said: ‘How fortunate that the story has a happy ending, but with results like this, why has the Veterinary Medicines Directorate decided to take this course of action?

‘There is no evidence that CBD Oil is harmful, yet it is now an offence to administer ‘unauthorised product containing CBD without a veterinary prescription’ under Regulation 8 of the VMR.

‘As they themselves state it has medical benefits so why withhold this from general use? Pet CBD and human consumption CBD contain exactly the same ingredients.’

Facialist who’s trained to spot the early warning signs of skin cancer reveals she looks for scar-like patches and lesions that change size (so, do YOU know the red flags?)