A cup of coffee in the morning could have greater benefits than just helping tired workers wake up.

Coffee drinkers have half the risk of the most common type of liver cancer, a study has found.

Researchers from Queen’s University Belfast looked at almost half a million people, of whom more than three- quarters drank coffee. 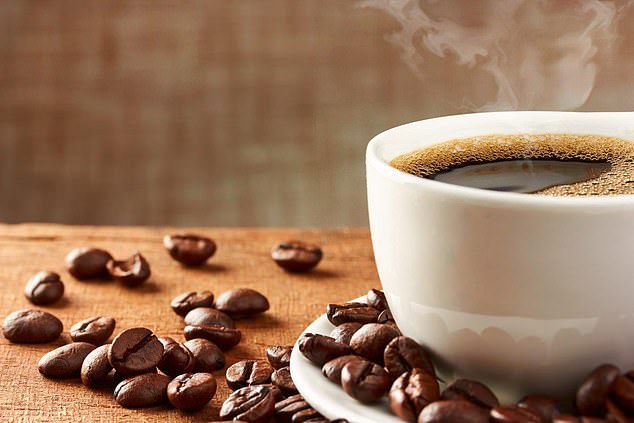 They were 50 per cent less likely to be diagnosed with hepatocellular carcinoma, which makes up nine out of ten cases of liver cancer.

Dr Una McMenamin, of Queen’s, said: ‘Our findings are reassuring in suggesting coffee may have health benefits.’

Lead author Kim Tu Tran said: ‘People with a coffee-drinking habit could find keeping that habit going is good for their health.

‘That is because coffee contains antioxidants and caffeine, which may protect against cancer.

‘However drinking coffee is not as protective against liver cancer as stopping smoking, cutting down on alcohol or losing weight.’

The study, presented at the National Cancer Research Institute (NCRI) conference in Glasgow, found older, university-educated people, those who drank alcohol and men in particular were most likely to drink coffee.

Researchers tracked 365,157 coffee-drinkers, and more than 100,000 people who did not drink coffee, over seven and a half years using national cancer records.

In that time 88 people were diagnosed with the most common form of liver cancer, which is rising in England.

The risk was 50 per cent lower for coffee-drinkers compared with those who drank no coffee.

That was the case when alcohol, smoking and obesity were factored in. The risk fell 13 per cent for every cup someone drank daily.

Most coffee drinkers in Britain use instant, which some experts suspected may carry a higher risk of cancer. Evidence suggests it has higher levels of acrylamide – a cancer-causing chemical made when beans are roasted.

But the study, which looked at instant, ground and decaf coffee, found the risk of hepatocellular carcinoma was just as low in people who mostly drank instant coffee.

Jars of coffee are thought to contain more cancer-fighting compounds, such as chlorogenic acid, which may prevent harmful inflammation in the body.

The World Cancer Research Fund has also concluded that it is ‘probable’ coffee reduces the risk of liver cancer.

But the latest study, published in the British Journal of Cancer, did not find an overall link between coffee and other digestive cancers, despite looking at types including bowel and stomach cancer.

A separate study, involving the same team, found people who took statins had a 36 per cent reduced chance of being diagnosed with liver cancer.

Experts believe statins, taken by millions of people in Britain to lower their cholesterol, may reduce the number of abnormal cells which can develop into tumours.