A pioneering blood test which uses artificial intelligence (AI) to spot signs of brain tumours could be used by the NHS.

Scientists hope the diagnostic aid could be rolled out within 18 months, following a promising trial of the test.

The AI-based test was able to identify signs of gliomas, the most common form of brain tumour, with a 90 per cent success rate.

Brain tumours often produce ambiguous symptoms, such as headaches, memory or vision problems. A scan is currently the only reliable way to spot them.

By the time a patient has been given a diagnosis, they may have seen their GP dozens of times and be at a late stage of disease.

The new blood test looks for chemical clues shed by brain tumours into the blood, and is able to give results ‘within hours’. 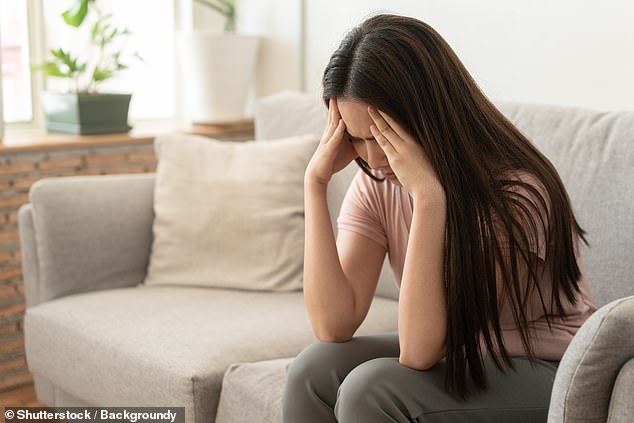 The team at University of Edinburgh said the same technique has the potential to be adapted to other types of cancer, such as ovarian, pancreatic and bowel.

More than 9,000 people a year in the UK have primary brain tumours diagnosed, of which about half are cancerous.

Generally, just 15 per cent of patients with a cancerous brain tumour will survive for five years or more after being diagnosed.

But this could all change if the test does end up in clinic, which may be within 18 months, The Telegraph reports.

Dr Paul Brennan, senior clinical lecturer and honorary consultant neurosurgeon at the University of Edinburgh, UK, said at least 2,000 cases a year were not being detected early enough.

‘Brain tumours reduce life expectancy by an average of 20 years. That’s the highest of any cancer,’ he said.

‘We know that 62 per cent of patients are diagnosed in the emergency department, even though they may have seen their GP several times beforehand. This is because diagnosing brain tumours is so difficult.

‘A headache could be a sign of a brain tumour, but it is more likely to be something else and it’s not practical to send lots of people for a brain scan, just in case it’s a tumour. The challenge is identifying who to prioritise for an urgent scan.’

The blood test was trialed on 400 patients with possible signs of brain tumour who had been referred for a brain scan at the Western General Hospital in Edinburgh.

Of these, 40 were found to have a brain tumour and the test was able to correctly identify 82 per cent of cancers.

It also correctly identified 84 per cent of people who did not have brain tumours, meaning it rarely wrongly indicates a tumour is there.

Dr Matthew Baker, of the University of Strathclyde, worked on the study and said: ‘These results are extremely promising because they suggest that our technique can accurately spot who is most likely to have a brain tumour and who probably does not.

‘Because the technique requires just a small blood sample, if offers the potential to test a large number of people with suspicious symptoms.’

It relies on an existing technique, called infrared spectroscopy, which is able to read the chemical compounds in blood.

The AI program, which runs on a laptop, then analyses the results for certain patterns which indicate the presence of a brain tumour. It would signal if a patient is need of a scan.

Sarah Jefferies, clinical director for cancer at Addenbrooke’s Hospital, Cambridge, who was not involved in the research, said: ‘This type of testing offers a number of potential advantages.

‘It’s relatively straightforward for the patient, who need only have a blood test. For the health service, it could combine with clinical assessment to make the process of referring patients for brain scans more efficient.

‘We look forward to further assessment of this technique. The test can return a result in a matter of hours.’

Researchers are now planning a trial of 600 more patients referred for a brain scan via a GP or casualty unit.

In the US, nearly 80,000 people will be diagnosed with a primary brain tumor in one year. There will be around 16,000 deaths.

The findings were presented at the National Cancer Research Institute’s annual cancer conference in Glasgow.

WHAT ARE THE SYMPTOMS OF A BRAIN TUMOUR?

Common symptoms of a brain tumour include:

How two apples a day keep cholesterol at bay: A brace of the fruit daily for eight weeks can lower ‘bad’ cholesterol by up to four per cent, study finds