Australians suffering from some of the deadliest forms of cancer will soon be twice as likely to survive as patients in Britain.

A recent study into 3.9 million patients with cancer from seven countries  – Australia, Canada, Denmark, Ireland, New Zealand, Norway, and the UK – found Aussie battlers had a better survival rate across the board in the first year of diagnosis.

It also topped the charts over a five-year period at all but lung (Canada) and ovarian cancer (Norway).

The better rate of survival has been put down to the willingness of Australians to see a doctor, get health checks and quick referrals to hospital for treatment – in contrast to the ‘stiff upper lip’ and reluctance of their British counterparts to get medical help. 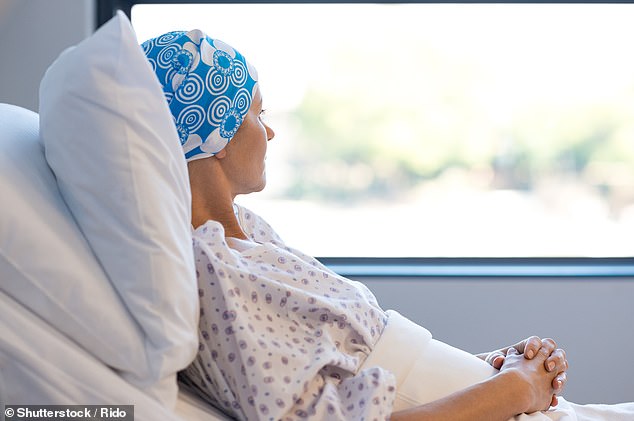 Australians are more likely to survive cancer than almost anywhere else in the world. A recent study has revealed Australians face a better chance of living than in the UK

The Cancer Survival in High-Income Countries project, compiled by UK’s The Lancet Oncology, hopes to provide a guide for governments across the world to better understand and treat cancer patients.

But while Australians can take some solace from the study’s results, those living in the UK have reason to be worried.

‘This is extraordinary. People in the UK seem to be afraid to reveal the truth of what we are facing,’ he said.

‘The five-year survival rate in Australia for pancreas is set to be as good as one in four patients by 2024.

‘In the UK, that rate – currently eight percent – will be just over one in ten in the same year. This is a British national scandal and one being hushed up.’

It revealed the UK is bottom of the league for five major cancers.

‘What we are about to face in comparison to the Aussies is remarkable,’ Professor Sikora said.

By sourcing back through decades of records, Prof Sikora believes forecast numbers look increasingly dire for UK residents and remarkably positive for Australians, particularly those with pancreatic or lung cancer.

The cancer research expert said Australians were surviving longer over the five year period due to better access to good basic surgery, radiotherapy and chemotherapy where appropriate.

But it’s over the initial one-year period where Australians are ahead of the rest of the world.

‘(The UK) has been consistently behind since the beginning of the study in 1995,’ Professor Sikora said.

All of the seven countries analysed share roughly the same total spend on health care and enjoy national health schemes.

Professor Sikora said the UK provided many of the oncologists working in Australians, New Zealand and Canada.

‘So it can’t just be that, it must be that one year survival that’s the problem (in the UK),’ he said.

Professor Sikora said Australians could be surviving for a number of factors, including our willingness to go to the doctor and get health checks.

Cancer survival rates over a five year period
Oesophagus 23% in Australia, 16% in the UK

He also believes Australian GPs have better access to information that can ensure those with cancer are treated faster.

‘Why not give GPs access to CT scans, to ultrasound, and to MRI?’ he said. ‘Now, some do have, and they do it very well. But some don’t have access. They have to make a consultant referral.’

Professor Sikora believes Aussies are being referred to hospitals significantly faster than cancer patients in the UK.

‘And you predict the obvious rise in cancer incidence as we go through an ageing population. It’s not going to work unless we get more capacity in the system,’ he said.

‘Sixty-two days, which is the NHS England target, is simply not fast enough.

Professor Sikora said the UK needed to learn some fast lessons from countries such as Australia.

‘Smarten up the front end of diagnosis of cancer; not worry about high cost therapies, that’s not the cause of the problem,’ he said.

‘The reality is, the system doesn’t work. It’s letting down British cancer patients.’

What are carrier oils and how do they affect CBD?