This may be Elon Musk’s favorite SpaceX mission yet.

A Colorado research lab has teamed up with the space transportation firm to send coffee and hemp plants to the International Space Station (ISS) in March.

The experiment is to test if the plants will mutate or genetically alter in a zero gravity environment, and see if there is a way to design more resilient vegetation for climate change stricken areas.

Front Range Biosciences, an agricultural biotech company that breeds genetically consistent hemp and coffee varieties, has partnered with tech startup Space Cells and the University of Colorado, Boulder to launch more than 480 plant cell cultures in an incubator made for space.

The cultures will be transported to the space station aboard the SpaceX CRS-20 cargo flight that is set for March 2020.

The space agency voiced many concerns about the safety issues and that it was not appropriate behavior.

However, the American space station is set to receive its own batch of hemp – but in the name of science. 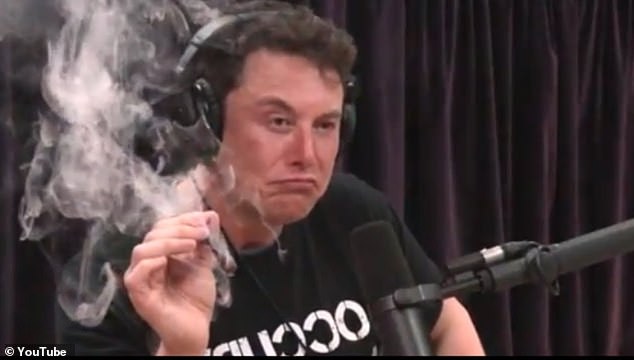 A Colorado research lab has teamed up with the space transportation firm to send coffee and hemp plants to the International Space Station (ISS) in March. Elon Musk, SpaceX CEO, came under fire from NASA last year for smoking marijuana during a podcast taping (pictured)

Once the board the ISS, the plant cells will be contained in a space-made incubator with regulated temperature for about 30 days.

Astronauts and a crew on the ground will monitor the environmental conditions.

After about a month, the cells will be returned to Earth, where researchers at Front Range Biosciences will examine the plant samples and evaluate their RNA to determine how microgravity and space radiation exposure altered the plants gene expression.

Dr. Jonathan Vaught, Co-Founder and CEO of Front Range Biosciences, said: ‘This is one of the first times anyone is researching the effects of microgravity and spaceflight on hemp and coffee cell cultures.’ 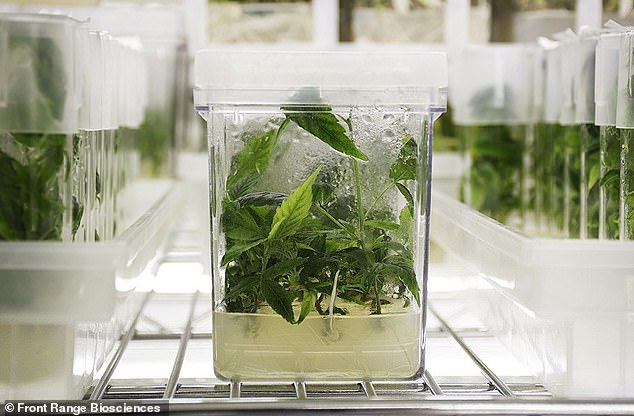 ‘There is science to support the theory that plants in space experience mutations.’

‘This is an opportunity to see whether those mutations hold up once brought back to earth and if there are new commercial applications.’

Not only is the team investigating how the cultures will react in zero gravity, they hope the results of the study can help growers and scientists identify new varieties or chemical expressions in the plant.

This will also allow scientists to better understand how plants manage the stress of space travel and set the stage for a whole new area of research for the company and the industry.

While this could be one of the first steps toward producing interstellar pot or coffee, the company claims this could have terrestrial applications, too.

The team hopes the results will help them design more resilient crops that can survive in climate change stricken areas.

Musk, SpaceX CEO, came under fire last year from the head of NASA after he was seen smoking marijuana during a podcast. 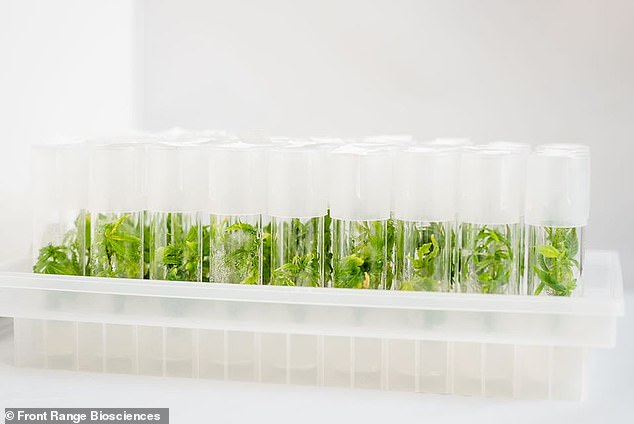 The experiment is to test if the plants will mutate or genetically alter in a zero gravity environment, and see if there is a way to design more resilient vegetation for climate change stricken areas

NASA Administrator Jim Bridenstein said during a meeting at NASA’s headquarters in Washington, DC, said: ‘’I will tell you that was not helpful, and that did not inspire confidence, and the leaders of these organizations need to take that as an example of what to do when you lead an organization that’s going to launch American astronauts.’

Bridenstein said he has spoken with the Tesla founder several times already as the space agency continues probes into workplace culture at SpaceX and Boeing, the two companies that have multimillion-dollar contracts with the space agency to fly its astronauts.

The show is filmed in California, where marijuana is legal.

‘We’ve had a number of conversations,’ said Bridenstein.

‘I will tell you, he is as committed to safety as anybody, and he understands that that was not appropriate behavior, and you won’t be seeing that again.’

Bridenstein told reporters his decision to launch the safety reviews was made after consideration of previous tragedies, such as the Apollo 1 fire in 1967, which left three astronauts dead, and the Challenger and Columbia space shuttle disasters that killed 14.

‘Every single one of those accidents had a number of complications.

‘Of course, the technological piece was a big piece of it.

‘But the other question that always comes up was, what was the culture of NASA?’ he said.

WHAT IS THE INTERNATIONAL SPACE STATION?

The International Space Station (ISS) is a $100 billion (£80 billion) science and engineering laboratory that orbits 250 miles (400 km) above Earth.

It has been permanently staffed by rotating crews of astronauts and cosmonauts since November 2000.

Research conducted aboard the ISS often requires one or more of the unusual conditions present in low Earth orbit, such as low-gravity or oxygen.

The US space agency, Nasa, spends about $3 billion (£2.4 billion) a year on the space station program, a level of funding that is endorsed by the Trump administration and Congress.

A U.S. House of Representatives committee that oversees Nasa has begun looking at whether to extend the program beyond 2024.

Alternatively the money could be used to speed up planned human space initiatives to the moon and Mars.