Canberra has become the first city in Australia to legalise cannabis for personal use.

As of Friday, Canberra residents over 18 will be allowed to possess 50g of cannabis and grow two plants per person.

A household can only have four plants total and hydroponic growing will remain illegal, The ABC reported.

Authorities have warned that the new Australian Captial Territory laws, however, conflict with federal legislation. 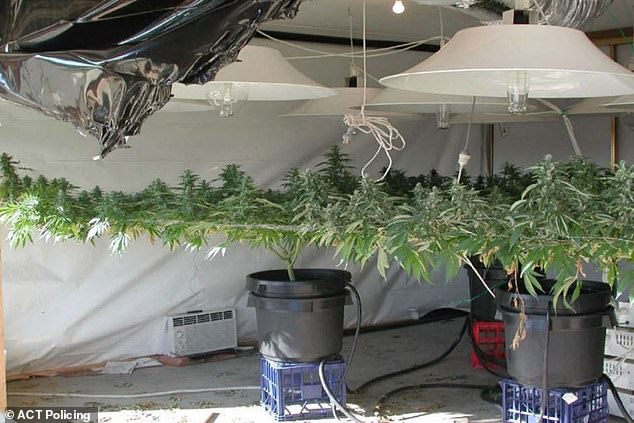 Politicians in The ACT have legalised cannabis for personal use, which would allow people to grow two plants and hold up to 50 grams of the drug (stock image)

The bill made it through the ACT legislative assembly in September 2019.

ACT Health Minister Rachel Stephen-Smith was also required to sign off on the bill.

While legalising the drug might clash with federal drug laws, Mr Pettersson on Tuesday said he was ‘very confident’ there wouldn’t be any problems.

Federal Attorney-General Christian Porter said the bill was a matter for the ACT, but where Commonwealth laws applied they remained enforceable.

Amendments made to the original bill require cannabis to be kept out of reach of children, and barring adults from using it near children or growing it in community gardens.

Mr Pettersson said his motivation for introducing the bill was to make drug use a health issue not a criminal one.

‘Because of our drug laws, getting caught with a small amount of cannabis can ruin your life,’ he said.

He said it would be a waste of the federal government’s time to strike down the law. 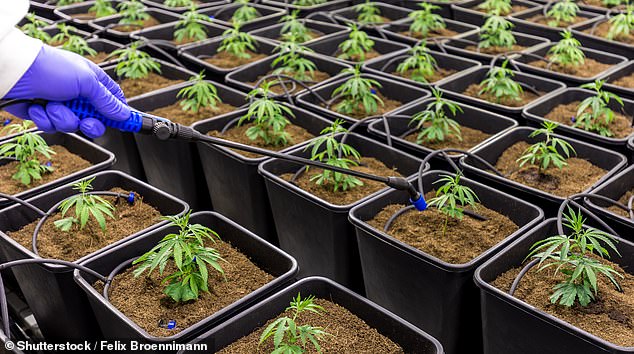 But it wouldn’t be the first time laws introduced by the territory have clashed with federal laws.

In 2013, the capital legalised same-sex marriage only to have the federal government revoke the law after it took a challenge to the High Court.

Before that, in 1995, the Northern Territory legalised voluntary euthanasia only to have the federal government later legislate to stop the nation’s territories from specifically introducing assisted dying.

The federal government has said it does not support the new cannabis laws in the Australian Capital Territory and could use Australian Federal Police to enforce commonwealth law.

Under the new laws Canberra residents can possess 50g of dry cannabis or 150g of undried cannabis.

That amount has been decriminalised in the ACT for a while but the new laws go further.

Whereas last week if an adult was caught with a plant they would receive a $160 fine, as of Friday there is no penalty.

There are some caveats, however, such as that any amount of the drug cannot be smoked or ingested in public.

Also, people who share a joint or give their mates any amount of the drug are committing the offence of supplying a prohibited substance – that has a maximum penalty of $80,000 and/or five years in jail.