Italian scientists have discovered a new cannabis compound that could potentially be 30 times more potent than THC, the main psychoactive compound in marijuana.

But researchers admit that it’s still unclear if the newfound cannabinoid, known as tetrahydrocannabiphorol, or THCP, will actually deliver the heightened high.

Scientists have also discovered an unknown compound they named CBDP, which appears to be a cousin of CBD, or Cannabidiol.

Authors of the report, first published in the scientific journal Nature, have theorized THCP’s potency by analyzing its ability to bind to human cannabinoid receptors -which impacts the nervous system – by having it lab tested inside a tube. 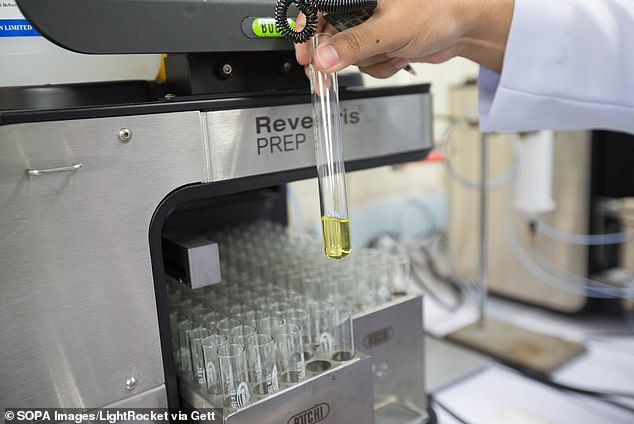 Italian scientists have discovered a new cannabis compound that is potentially 30 times more powerful than THC, known as tetrahydrocannabiphorol, or THCP

Human cannabinoid receptors are found in the endocannabinoid system, which when overwhelmed by THC causes receptors to struggle to communicate between neurons.

This has prompted researchers to wonder if THCP could explain why some cannabis varieties have a stronger effect than can be accounted solely to the presence of THC.

Dr. Cinzia Citti, lead author of the research, told CNN: ‘This means that these compounds have higher affinity for the receptors in the human body.’

‘In cannabis varieties where THC is present in very low concentrations, then we can think that the presence of another, more active cannabinoid can explain those effects,’ she added.

It has been revealed that the molecular chain of almost 150 cannabis compounds are five atoms long, while THCP is equipped with seven.

THCP is the first time scientists have found cannabinoid atom chains naturally containing more than five, leading the authors to believe it could be the most potent compound discovered yet.

Also, most cannabinoids have not been isolated or characterized because of how challenging it is, according to Dr. Jane Ishmael, associate professor in Oregon State University’s College of Pharmacy.

‘The challenge is that it can take a long time to isolate, especially with rare sources,’ she said.

‘I get the impression that these products were present in small amounts, so it’s a surprise to find the natural products from a cannabis plant that we’ve known about for a long time.’ 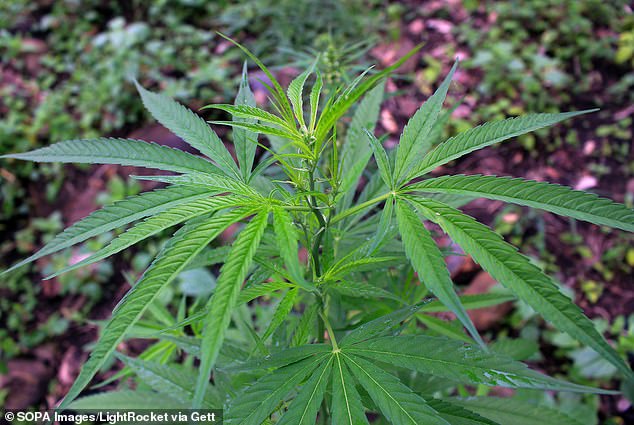 CBD has traditionally been the focus of research studying the health benefits of cannabis, but THCP’s seemingly stronger binding ability and potency lead the authors to think it could have medicinal use.

If proven, cannabis extracts could be produce to target specific physical effects and further research could identify new compounds.

Ishmael said: ‘There are other minor cannabinoids and traces in the plant that can be hard to study, but by isolation we can continue to assess the effects they might offer.’

‘Historically, many of our medicines have been derived by or inspired by natural products. By having new compounds that bind with very high affinity, that will give scientists a new probe into biological sciences.’

The endocannabinoid system (ECS) is a cell-signaling system discovered by researchers who were studying THC in the early 1900s.

The full range of ECS is still being determined, but it is said to play a role in a range of functions, including:  sleep, mood, appetite, memory, reproduction and fertility.

These actions could include relieving pain is a specific part of the body or signal that inflammation is occurring.

When THC enters the body, it interacts with with ECS by binding to the receptors that result in a range of reactions on the body and mind.

Scientist haven’t fully determined how ECS is affected by CBD, but some believe that it stops endocannabinoids from breaking down. Others say it attaches to receptors that have not been discovered yet.