Bugs found in food and water may help to cause type 2 diabetes in people who are obese.

Almost four million people in the UK have diabetes, and most have type 2 diabetes, for which the major cause is obesity and bad diet.

But now a study suggests bacteria in the environment may play a small role in triggering the condition.

Scientists believe these may include bugs found in food and water, although they do not know this yet.

That opens up the possibility that scientists could develop a probiotic drink or drug to rebalance bacteria in the body and help to protect against diabetes. 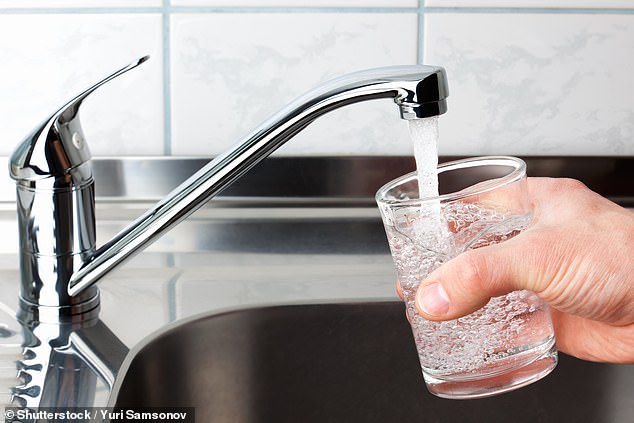 Bugs found in food and water may help to cause type 2 diabetes in people who are obese, scientists in Canada have claimed after a study

The findings, which are new and still controversial, are based on 40 very obese people, half of whom had type 2 diabetes.

Researchers found the diabetics had more bacteria in their livers and fatty tissue, and a higher proportion of potentially harmful bacteria.

They suggest these bacteria may have got out through the wall of their gut, causing inflammation which can make it harder for the body to control blood sugar.

Professor André Marette, who led the study from Laval University, in Quebec, Canada, said: ‘Our findings suggest in people suffering from severe obesity, bacteria or fragments of bacteria are associated with the development of type 2 diabetes.’

The UK is in the grip of a type 2 diabetes epidemic, which will see the NHS start giving people soups and shakes containing just over 800 calories a day from next month to try to overcome the condition.

A major reason is the obesity crisis, where two-thirds of adults in England are overweight and 29 per cent are obese, but not all people who are obese become diabetic.

To investigate why, the new study looked at tissue taken from 40 people who had undergone bariatric surgery such as a gastric bypass to lose weight.

This provided the perfect opportunity to see how the bacteria differed in the bodies of those with type 2 diabetes, compared to those of a similar weight who did not have the condition.

The results, published in the journal Nature Metabolism, show a different ‘signature’ of bacteria in the blood, liver and three types of abdominal fatty tissue in people with diabetes.

They had significantly more bacteria in their liver and the fatty tissue connecting their stomach and colon, and a greater proportion of ‘bad’ enterobacteria and a type of bacteria called Shigella in their blood.

The authors suggest potentially harmful bacteria, which until now were thought to stay safely in the gut, can escape through the intestinal barrier.

Obese people may be most likely to see this happen, as too much sugar and saturated fat in the diet causes a leaky gut able to let fragments of bacteria through.

Bacteria from the environment, possibly in food and water, may find it easier to get out of the gut and into the body, as they are foreign to the immune system, so it is less able to keep them in check.

If bacteria can escape the gut and cause inflammation, that is thought to block insulin, the hormone which controls blood sugar, which prevents it from properly doing the job.

The researchers next want to study whether people with type 2 diabetes who are overweight, rather than obese, have different bacteria outside their guts.

That could lead to a probiotic, or an anti-microbial drug to rebalance bacteria in people at risk of type 2 diabetes, although the authors say this is at least five years away.

Naveed Sattar, Professor of metabolic medicine at the University of Glasgow, who was not involved in the research, said (SUBS – PLS KEEP): ‘This is interesting research but it is more likely that factors that lead to type 2 diabetes lead to changes in bacteria within the body, rather than that the bacteria cause the diabetes.

‘More research is needed, to look at the bacteria in people’s gut, liver and blood both before and after they develop diabetes.’

Fried food DOES increase your risk of coronary artery disease: Scientists discover fries block the blood vessels that supply the heart after years of ‘conflicting’ results