We know our bones stop us from flopping about like jellyfish, and that breaking them hurts. But now investigators are discovering how bones do far more than hold us up.

Emerging studies show that our skeletons play key roles in producing a hormone that drives our fight-or-flight instincts, helps control our appetite, determines our risk of dementia — and can even make the difference between life and death when severe illness such as sepsis strikes.

The hormone osteocalcin is produced by osteoblasts, the cells responsible for building our bones.

Gerard Karsenty, a professor of genetics and development who has led the latest research at Columbia University, showed that when mice are bred without the ability to produce osteocalcin, they don’t get stressed or frightened. 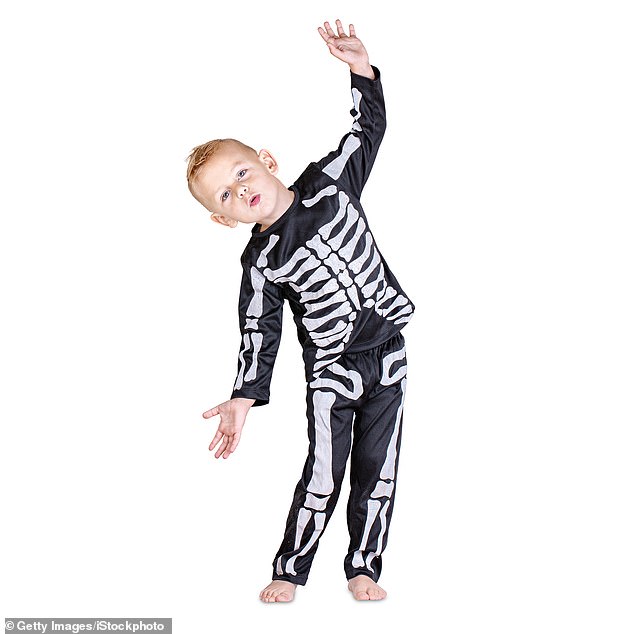 Recent studies have suggested that the health of our bones could impact fight-or-flight instincts, appetite and the risk of dementia (file image)

Lacking fear responses — previously thought to be governed by the hormone adrenaline — would make them easy prey as ‘without osteocalcin, they don’t react strongly to danger’, Professor Karsenty concluded in the journal Cell Metabolism last November.

The professor has shown that when our brains sense a threat, they instruct our skeletons to pump osteocalcin, which is primarily produced by bone, into the blood to get us to take action.

Professor Karsenty’s team has also shown that osteocalcin can boost athleticism and endurance by raising the ability of our muscles and blood cells to take in glucose, fuelling us.

Last year, Dutch researchers in the journal Frontiers in Endocrinology reported that osteocalcin appears to regulate healthy brain development. Lab tests found mice born lacking the hormone have smaller and less developed hippocampuses — areas of the brain that are crucial in forming memories.

The research suggests osteocalcin also regulates the production of chemical brain messengers such as dopamine, which is involved in reward and motivation, and serotonin, which regulates mood, memory and sleep.

Such evidence raises an intriguing possibility: could age-related bone degradation be contributing to cognitive decline and dementia?

Dr Chris Murgatroyd, a reader in molecular neuroscience at Manchester Metropolitan University, has investigated this question in research published in the journal Age and Ageing.

His 2016 study of 225 older women found that the lower a women’s blood levels of osteocalcin, the more likely she was to perform poorly in cognitive tests. 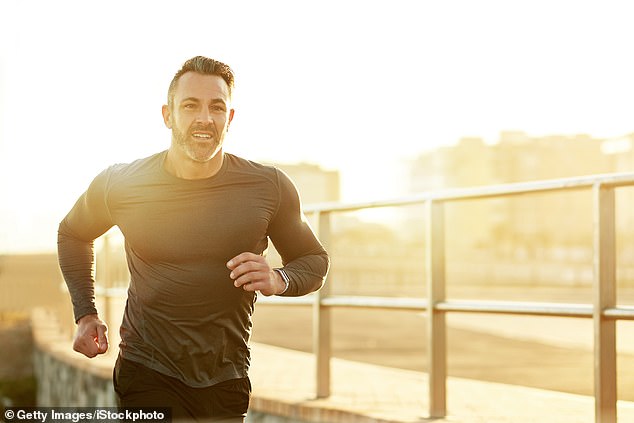 Dr Chris Murgatroyd of Manchester Metropolitan University, advises getting out into the sunshine and exercising to promote good health (file image)

‘Bone and cognition are strongly related,’ he told Good Health. ‘Age-related reductions in bone health are seen along with deterioration in cognition.’

What we don’t yet know is whether falling osteocalcin levels in ageing bones cause cognitive decline, or if they fall at the same time as cognition starts to fail.

Dr Murgatroyd says it is possible that low osteocalcin and poor cognition are the result of low vitamin D levels. Studies have shown our vitamin D levels tend to fall as we age, not least because our skin becomes less efficient at synthesising it from sunshine.

Whatever the exact associations, Dr Murgatroyd says we can help protect ourselves by getting out into the sunshine and exercising.

‘That will help our vitamin D levels and can get us doing high-impact exercise such as walking, which strengthens bones and may preserve osteocalcin levels.’

U.S. scientists are also investigating how our bones may protect us against obesity-related illnesses such as type 2 diabetes.

Dr Stavroula Kousteni, an associate professor of physiology and cellular biophysics at Columbia University, is leading the study of a hormone called lipocalin 2 (LCN2). Until recently, it was believed that our fat cells produced LCN2, but Dr Kousteni’s studies have shown that bone osteoblasts produce 90 per cent of it. What’s more, she reports that our skeletons release LCN2 in bursts after meals, as a ‘stop-eating’ signal to our brains.

Her study, published in the journal Nature in 2017, suggests that our skeletons treble the amount of LCN2 after meals.

In experiments, mice bred without LCN2-producing bone cells developed 20 per cent more body fat and ate 16 per cent more food than normal mice. But when injected with LCN2, their feeding returned to normal.

The hormone lowered their blood sugar levels and increased their insulin sensitivity. LCN2 appears to have similar benefits in humans. Dr Kousteni’s team has found people with higher levels of the hormone after eating had lower body weights and blood sugar levels. Dr Kousteni has begun to test LCN2 levels in people with type 2 diabetes and reports that supplementary injections of the hormone may help with weight control. However, she adds more safety research is required.

Nottingham University researchers have suggested higher levels of osteocalcin may promote the health of cells in arteries and veins.

In this way, osteocalcin may protect our hearts, says Dr Sophie Millar, a researcher in vascular medicine who co-authored the study in the Journal of Cellular Physiology last November.

Meanwhile in January, researchers at Tongji University in Shanghai reported in the journal Aging that stroke patients given osteocalcin after they fell ill subsequently showed less brain damage. The researchers speculate that the hormone prevents inflammatory damage in the brain caused by the stroke.

Studies have also shown that patients in intensive care with life-threatening conditions such as sepsis are significantly more likely to die if they also show rapid thinning of their bones.

It appears our skeletons may play a strong hand in determining if we make it to old bones.

Will COVID-19 lead to cannabis legalisation in the UK?