Hemp crops can now be grown legally in the Northern Territory as new laws take effect.

NT growers will be able to cultivate and supply low range cannabis for food, fibre and seed production from Wednesday.

Industrial hemp plants differ from regular hemp species in that they contain very low levels of THC – the compound in cannabis that makes people feel high – and if consumed, foods and other products made from industrial hemp have no psycho-active effects. 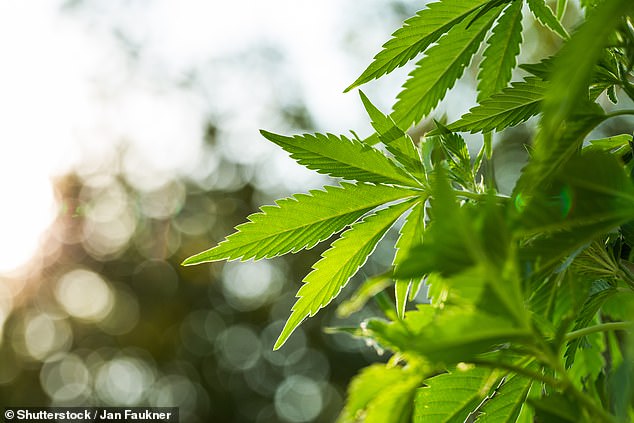 NT growers will be able to cultivate and supply low range cannabis for food, fibre and seed production from Wednesday

‘At a time when jobs and investment opportunities are more important than ever for the Territory, the commencement of the Hemp Industry Act is a huge opportunity for our agriculture sector,’ Primary Industry Minister Paul Kirby said.

‘Our farmers and the whole agriculture sector are a significant employer and source of economic activity in regional and remote areas of the Territory.

‘Opening the door for our farmers to grow an emerging and exciting crop as industrial hemp is a great milestone,’ he said.

Hemp is cultivated for seed and fibre production, and has many uses, including in the manufacture of textiles, rope and paper.

It is also a highly nutritious food source, and can be a value-add in products such as soap, lotion and shampoo.

What are the hemp-growing laws in the Northern Territory?

The Legislative Assembly has passed the Hemp Industry Bill, which will see the development of an NT hemp sector.

The Bill, which was introduced in May 2019 and passed on August 8, exists to create a required framework in order to regulate the development and operation of an industrial hemp industry in the Northern Territory, capitalising on emerging market opportunities.

Under the Act, a licensing system now exists for possession, cultivation, supply, processing and research of Industrial hemp, and covers the various prohibitions, necessary enforcement provisions, offences and miscellaneous arrangements to support this industry.

Industrial hemp plants differ from regular hemp species in that they contain very low levels of Tetrahydrocannabinol (THC). If consumed foods and products made from industrial hemp have no psycho-active effects on individuals.

Hemp fibre has been used for manufacturing of textiles, ropes and lines, paper and building materials and its grain is a highly nutritious food source, either as a whole grain, an emulsified cake, flour, or pressed oil.

The Territory is well positioned geographically and climatically to become a region that could supply viable seed for hemp crop propagation in southern broadacre areas of Australia.

The Act also allows for authorised inspectors to be appointed with appropriate powers of entry, inspection and seizure to ensure compliance and provides offences and penalties for contravening specified provisions of the Act.