Marijuana sales in Illinois have been spiking during the coronavirus pandemic, raking in millions for dispensaries and the state alike.

Since cannabis became legal in the Land of Lincoln on New Year’s Day, recreational sales have surpassed $300 million in 2020 – $225 million since the pandemic began in March, reported the Chicago Tribune.

Of that total, $61 million – or about one-fifth – worth of weed was sold in July alone, more than in any month this year.

The Illinois government has also brought in $66.8 million in tax revenues from cannabis sales in 2020. 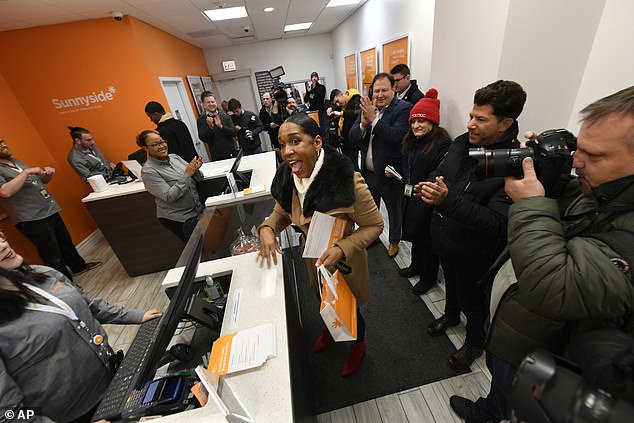 Using figures from New Frontier Data, the Tribune found that the amount Illinoisans are spending at marijuana dispensaries has increased.

From April to June, the average transaction was about $150, up from an average of about $126 from January to March.

This is similar to increases seen in other states. In Colorado, for example, pot sales were up 17 percent in the second quarter of 2020 compared to the same time last year, the Tribune reported.

Experts say there are a number of reasons for the increase in marijuana sales.

They say people may have turned to cannabis to cope with the financial and health crises.

When lockdowns were imposed, dispensaries were deemed essential businesses.

It’s hard to tell whether the spike is directly to the pandemic or not, but state officials estimate cannabis sales could generate $250 million for Illinois by 2022.

Medical marijuana is currently legal in 33 states and the District of Columbia.

A 2018 poll from the Pew Research Center found that 62 percent of Americans support legalizing marijuana, double the number from two decades ago in 2000.

Opinions of legalization differ by political party, with 69 percent of Democrats supporting it compared with 75 percent of Independents and just 45 percent of Republicans.