A multimillion dollar cannabis crop that’s tended to by scientists and guarded by specialist security 24-hours a day is so potent its location has to be kept secret.

Australian Natural Therapeutics Group is the only company in NSW to be granted a permit to produce oil from the prohibited substance. 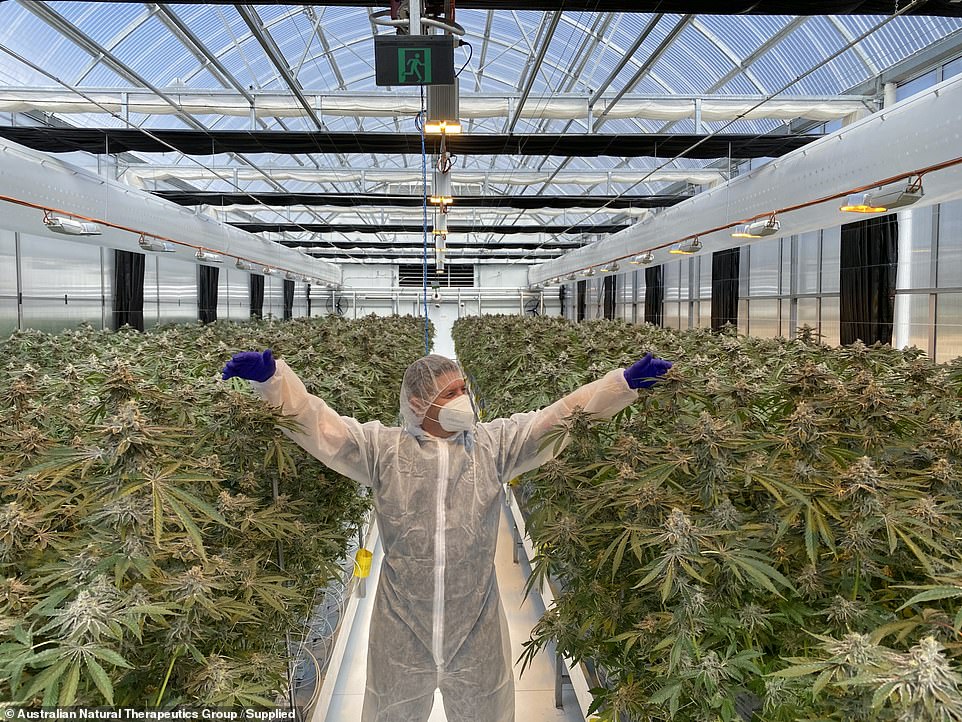 But up until now, a large portion of Australia’s medical cannabis has been imported from overseas in places like Canada, and patients can pay up to $50,000 a year for treatment.

‘And now everyone in the whole country will be able to source from us.’

Although the company produces a variety of different strains with varying degrees of potency, one particular variety is so strong it’s only prescribed in the most extraordinary of circumstances.

‘We have a very high THC strain. It’s called Rocky and that is about 30 per cent THC. It’s quite strong and it’s for things like chronic pain,’ Mr Cantelo said.

Tetrahydrocannabinol or THC, is the chemical responsible for the psychoactive effects of cannabis.

For black market marijuana, about 10 per cent is considered high strength and even in the weed-friendly coffee shops of Amsterdam the utmost limit would normally sit below 18 per cent.

‘It might be given to someone who relies on opioids for quality of life because of their chronic pain – in this case it would be a great alternative therapy.’ 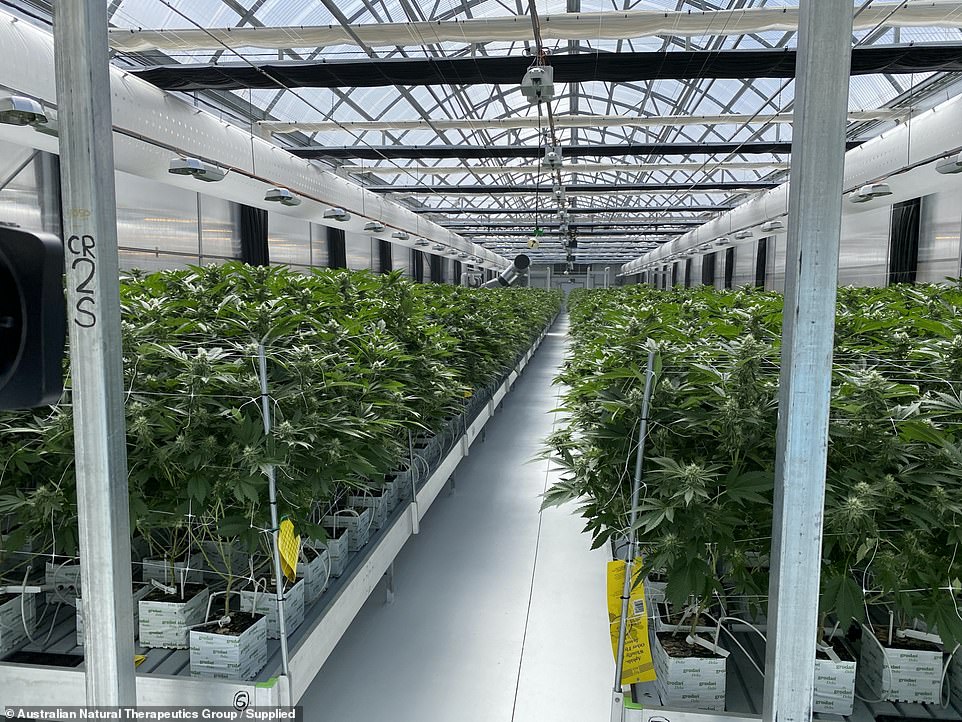 ‘After we have harvested the flowers and the trim, it goes into a CO2 supercritical extraction unit and it produces the oil out of the machine and then it’s further refined,’ Mr Cantelo said.

With more than 12,000 marijuana plants on site with no impurities, the location of the facility has to be kept secret and anyone who attends the building must sign a non-disclosure agreement.

‘We have three-meter high double fencing with barbed wire and there are 172 cameras around the facility with infrared beams on the outer perimeter and we also have 24 security guards.’

Since the onset of the COVID-19 pandemic, registration for medical cannabis use has grown rapidly.

The Australia’s Therapeutic Goods Administration has added more than 5,500 patient approvals in July for medicinal cannabis products – a figure up 20 per cent from June and the biggest one-month gain on record.

While there are mega-bucks to be made in the emerging and highly lucrative market, Mr Cantelo said his team of cultivators are focused on helping Australians most in need who may not have had access to cannabis medicine until recently.

‘Our staff work around the clock to meet rigorous standards to help those who are suffering,’ Mr Cantelo said.

‘And now we are seeing doctors willing to prescribe a lot more and that shows me that they’re getting more confident about the safety and efficacy of medical cannabis.’

The barrier to entry for legal cannabis growers remains very high under Australia law, in an attempt to keep ‘the cowboys out of the industry’.

But across the ditch, New Zealand is preparing to hold what’s being dubbed as the ‘reefer-endum’ on October 17.

The historic vote will determine whether recreational cannabis will be legalised and available for commercial sale.

But in Canada, Israel, the US and parts of Europe, the decriminalisation of the ancient plant has led to billions of dollars in tax revenue being pumped into government coffers as buyers steer clear of black market growers in favour of legitimate scientifically-backed cultivation firms.