The UN Commission on Narcotic Drugs voted on Wednesday to remove cannabis and cannabis resin from a category of the world’s most dangerous drugs, which could impact the global medical marijuana industry.

The Vienna-based UN agency said in a statement that its 53 member states had voted 27-25, with one abstention, to follow the World Health Organization’s recommendation to remove cannabis and cannabis resin from Schedule IV of the 1961 Convention on Narcotic Drugs.

Russia was a vocal opponent of the reclassification, according to NPR, calling marijuana ‘the most abused drug globally’.

China, Egypt, Nigeria and Pakistan were also among those in opposition, while Ukraine abstained.

Canada and Uruguay have already legalised the sale and use of cannabis for recreational purposes and  Mexico and Luxembourg appear set to follow suit.

Many other countries around the world have decriminalised marijuana possession.

While the reclassification will not prompt immediate changes in drug regulation – which is decided at a national level – it could have an impact in the longterm as many countries look to international conventions for guidance. 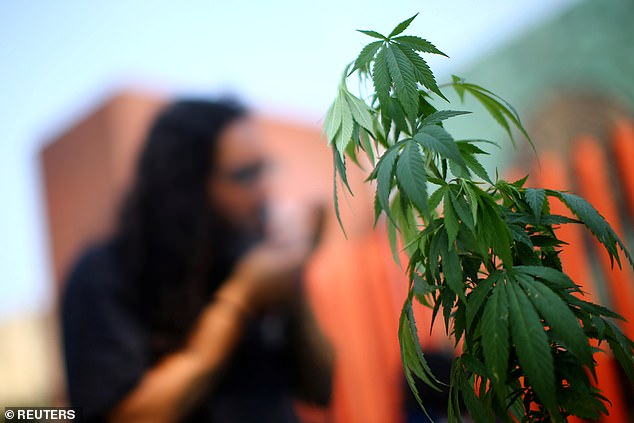 The UN Commission on Narcotic Drugs voted on Wednesday to remove cannabis and cannabis resin from a category of the world’s most dangerous drugs, which could impact the global medical marijuana industry [File photo]

Dangerous and highly addictive drugs that feature on that list include heroin and several other opioids.

The drugs that are on Schedule IV are a subset of those on Schedule I of the convention, which already requires the highest levels of international control.

Despite removing cannabis and cannabis resin from the Schedule IV list, the agency voted to leave the substances on the list of Schedule I drugs.

The schedules weigh a drug’s medical utility versus the possible harm that it might cause, and experts say that taking cannabis off the strictest schedule could lead, however, to the loosening of international controls on medical marijuana.

The WHO made its recommendation to the UN nearly two years ago, acknowledging that cannabis can have negative effects and cause dependence but it does not carry a significant risk of death, as with other drugs on the Schedule IV list, and has been found to have a number of medical benefits.

Those listed in the WHO’s recommendation included reducing pain and nausea, easing symptoms of conditions including anorexia, epilepsy and multiple sclerosis.

Interest in marijuana for medical use is at an all time high, with the number of products containing cannabis derivatives expanding rapidly in recent years.

Cannabidoil or CBD can be found in everything from face creams to supplements to candles.